TECHY FANG | Globe starts blocking SMS with clickable links to boost fight vs fraudsters | Security measure to be enforced until SIM Registration bill and implementing rules enacted | Globe, the leader in mobile, has started temporarily blocking all text messages from Prepaid and Postpaid numbers containing URLs or website links in an unprecedented step against spam and scam messages.

Globe made the announcement amid escalating reports of scam and spam messages, including SMS from unknown numbers that bear customers’ complete names. Initiated this week, this new measure will block the delivery of person-to-person text messages coming from all networks that contain clickable links.

“Before implementing this measure, what we were doing was blocking access to malicious links in text messages to help protect customers. This time around, we’re blocking the actual message. If the SMS has a link of any kind, we are not going to deliver it, period. This is necessary to protect our customers,” said Globe Chief Information Security Officer Anton Bonifacio.

The leading digital solutions platform said such SMS blocking will be enforced pending passage and implementation of the SIM Registration Bill, which was ratified by both Houses of Congress on Wednesday, September 28, and is expected to be transmitted to the President for signature.

Globe believes this measure is vital to strengthen the government’s capacity to apprehend cybercriminals and other abusers of digital technology. It will also empower telcos in protecting their systems and customers from fraudulent activity.

“We are taking this measure for the security of our 92 million customers at Globe and 66 million more using GCash as we note how the modus operandi of fraudsters are becoming even more sophisticated. We hope this will make a major dent on various spam and scam SMS rackets,” said Bonifacio.

“This major step reflects our commitment to the country’s economic recovery by ensuring that the accelerated digital adoption does not expose customers to worsening cyberthreats,” he said.

Globe has been working closely with lawmakers towards the crafting and passage of a rational SIM Registration law, providing inputs that aim to ensure the credibility of the system.

These include Globe’s call for an authentic and verifiable source document so telcos can cross-check the authenticity of a SIM holder’s identity, given the prevalence of fake IDs.

Globe also seeks amendment to a provision in the measure requiring telcos to store SIM registration data for 10 years from deactivation. Instead, Globe is proposing that telcos be mandated to instead keep historical data on registered prepaid SIM owners, as they are known to frequently change phone numbers.

It has been bolstering its efforts against scam and spam messages, blocking 784 million scam and spam messages from January to the end of July this year. Through a 24/7 Security Operations Center, Globe also deactivated 14,058 scam-linked mobile numbers and blacklisted 8,973 more within the same period.

Globe has spent $20 million or about P1.1 billion in capital expenditures to date to step up its capabilities in detecting and blocking scam and spam messages of international and domestic sources, including app-to-person and person-to-person SMS.

Image by Tumisu from Pixabay 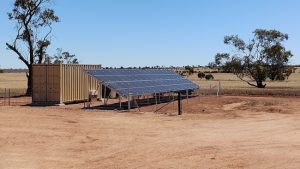 October 2, 2022
We use cookies on our website to give you the most relevant experience by remembering your preferences and repeat visits. By clicking “Accept All”, you consent to the use of ALL the cookies. However, you may visit "Cookie Settings" to provide a controlled consent.
Cookie SettingsAccept All
Manage consent